Just to verify coconut milk and coconut water are two different parts of the coconut.

Coconut Water is the clear/cloudy liquid inside the coconut fruit often from younger coconuts.

Did you know a coconut actually isn't just a fruit but also a seed and a nut but botanically speaking, a coconut is a fibrous one-seeded drupe, also known as a dry drupe

Coconut milk, however is when the coconut meat is the grated pulp of mature coconuts.

The older the coconut, the more meat and less water and vice versa. 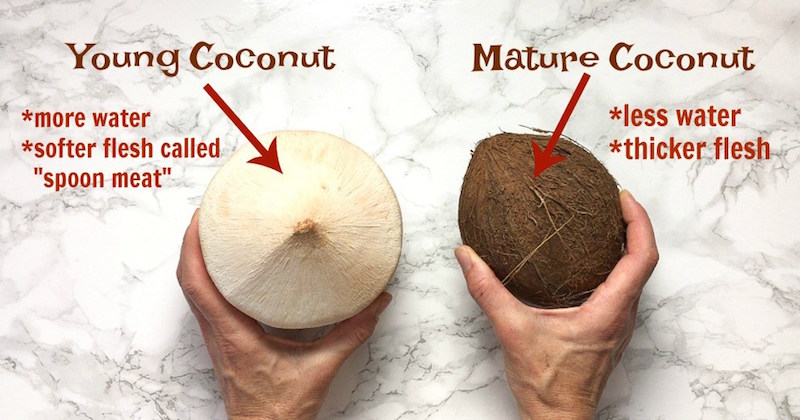 Now we've got that out of the way. Lets talk about the benefits of coconut milk now shall we? Why coconut milk? Heres why:

1. Coconut milk is rich in electrolytes such as potassium, magnesium and phosphorous. Great for your immune system and

2. Coconut flesh is highly nutritious and rich in fibre, vitamins C, E, B1, B3, B5 and B6. Though the fibre count in coconut milk isn't high, the vitamins and minerals still remain.

3. Coconuts contain significant amounts of fat, but unlike other nuts, they provide fat that is mostly in the form of medium chain saturated fatty acids (MCFAs)MCFAs are rapidly metabolised into energy in the liver. It is thought that unlike other saturated fats, MCFAs are used up more quickly by the body and are less likely to be stored as fat

4. The carbon footprint in producing coconut milk is the lowest when comparing to other milk alternatives

5. Adding on, if you happen to be lactose intolerant, vegetarian, vegan or simply a  coconut lover coconut milk is a great go to for almost anything that requires milk!

It's even better when it can be stored longer and in dried format to prevent any messes. Think about it, how many times have you gone to get coffee and didn't want full fat, creamer or soy? (Just because, ew soy...)

But then you're stuck because there isn't anything available?? Now you're stuck with black coffee and your soul just needs that extra creaminess in your coffee..

That's where Creamy K comes in! The perfect milk alternative in dried form that you can take anywhere and everywhere!